Between the locations of 179.5 km and 181.5 km on the Main South Line between the stations of Normanby and Pareora there has been a realignment of the rail corridor. The corridor used to be about 50 metres closer to the beach than it is now. We are indebted to the late Colin Kemp, a train driver for Kiwirail, for bringing this to our attention.

From aerial photo data we estimate the realignment was carried out around the year 1980. No records with titles specifically referencing it have been found in Archives New Zealand's Archway portal to date. 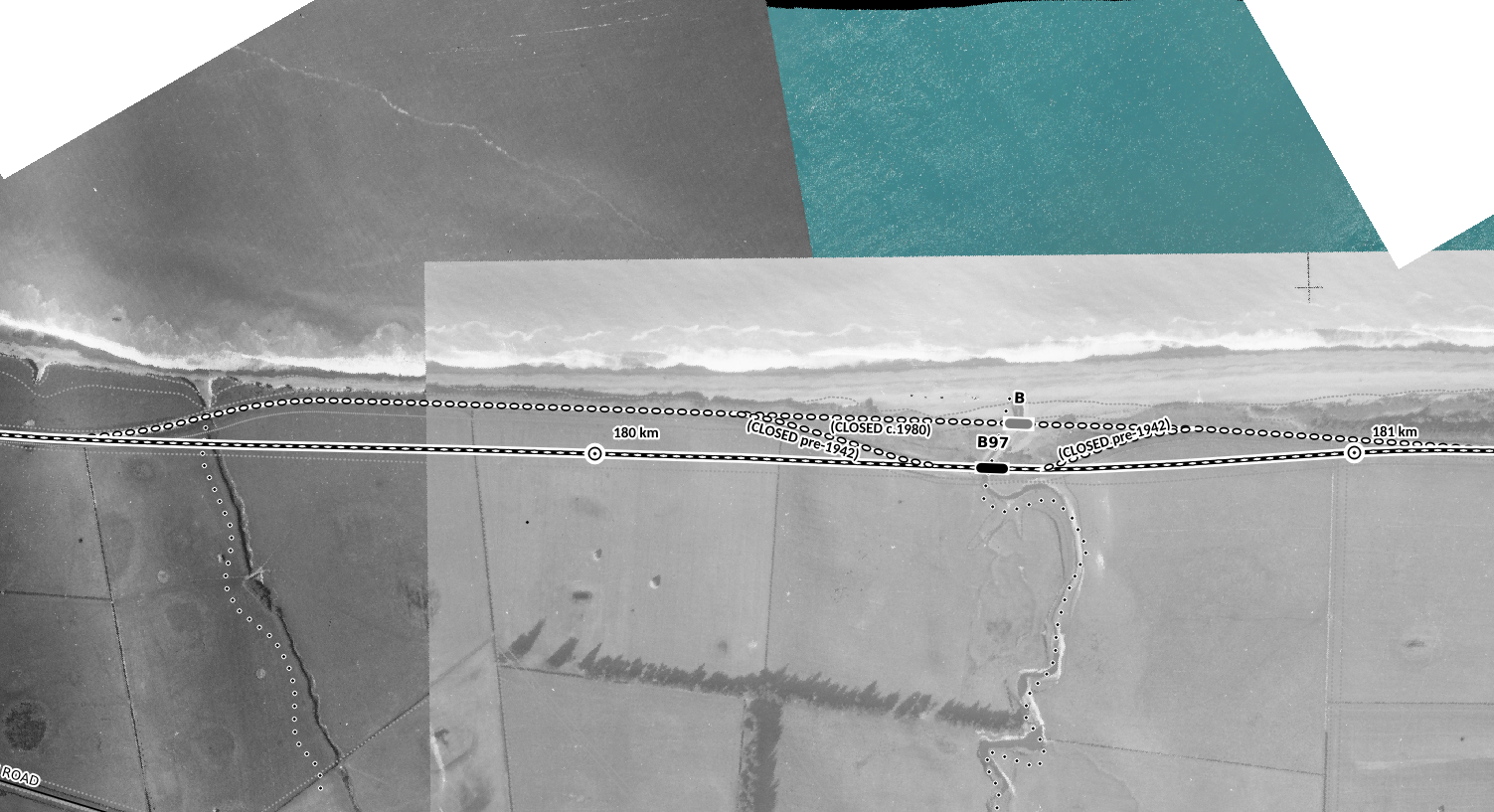 Overview of the area with the historical (1942) aerial imagery background. Historical aerial imagery at Bridge 97. This appears to show a location of a previous bridge at the site of the current bridge, that was not actually in use in 1942.

A big question to be asked is why it was necessary along this mile-long section to go so close to the seashore in the first place. As far as we can discover, everywhere else along that particular coastline, the railway is at least 50 metres inland and we have not seen anything to suggest other sections of the railway in this area were historically located as close to the seashore as this part of the MSL was.
Posted by Patrick at 13:08