This week we have continued working on downloading Linz base imagery and Retrolens historical imagery for the entire MSL corridor. We currently have the base imagery down to about Tumai (just south of Moeraki) and Retrolens down to Pareora, and progress has been a little slow this week, because we took some time on the following subprojects:
The Dunedin-Burnside Gimp project is something we have had to work on this week because of wishing to extract the layers for Hillside Workshops, an earlier version of which are displayed at the bottom of this post. Being able to convert to a linear canvas means being able to remove a lot of overlapping layers between the canvas sections. As all of the base layers are always displayed, it speeds up selecting layers for display as well. Since extracting these views of Hillside, we have fixed a few issues with the overlapping of different layers so that one place in particular where quite a rough cut is visible between two layer going across the middle of the workshops site, this has now been made much smoother.

As well as the southern part of Dunedin going out as far as we can with the 0.125 metre resolution urban imagery until we have to switch to the 0.3 metre or 0.4 metre stuff that covers probably the rest of the way to Invercargill except for probably a small number of townships that will have something of higher resolution, we also have to go north to the limits of the Dunedin coverage in that direction so we are working to get that sorted today.

Last week we also downloaded 0.075 metre coverage of Timaru City and will have a look to see what is available going further south. Retrolens coverage downloaded is currently down to Pareora, and rural base imagery down to Tumai. Finishing all the downloads for the MSL corridor and retrieving the 100 GB or so of disk space used remains a high priority so that is one reason why the work seems slow at the moment. 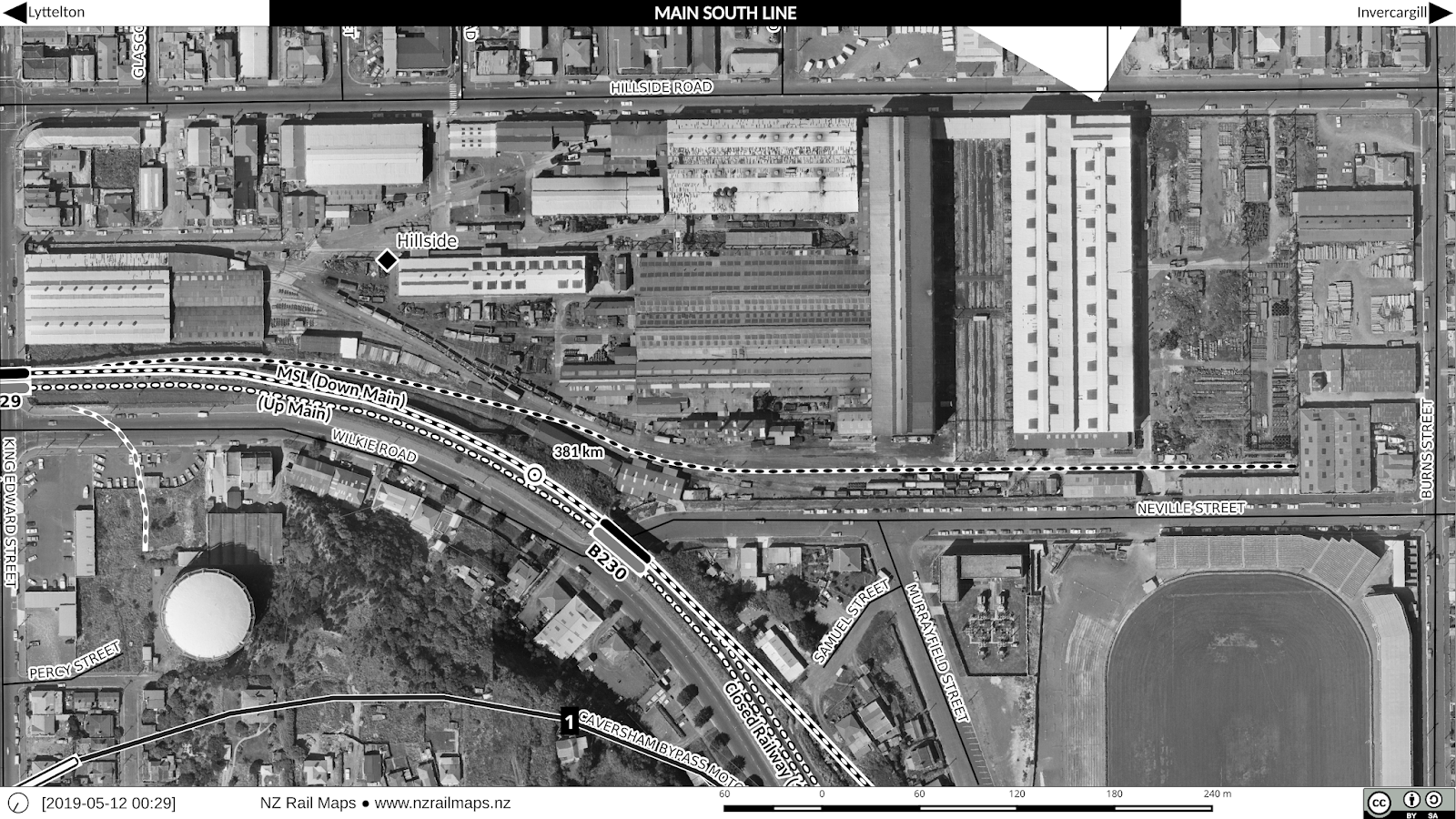 Hillside Workshops as seen in 1972. As mentioned above a rough overlap can be seen between two layers vertically in the left hand third of the image, this has been correct in current aerial mosaics. The same Hillside site seen in 2013, which is the latest aerial imagery of Dunedin at high resolution. Now a bit out of date with further changes at Hillside Shops since it closed a few years ago.
Posted by Patrick at 14:24