Good morning. We are making steady progress on the completion of Volume 6. In the last few days, we have completed another 35 km of the corridor, which includes finishing the Rimutaka Incline section, and reorganising our resources on Facebook.

We will publish all the maps organised by volume and section into our Facebook page as well as in Google Photos albums. The latter is linked from the website. We have a number of existing albums on Facebook that have been categorised and left there. At the moment we are considering uploading some of the older maps produced in the past just to have this content accessible until the maps are fully updated, at which point they will be added to the website.

Here's some maps and data for Waingawa, a station at 85 km, which is almost exactly halfway along the line. Waingawa had two different freezing companies using it, one of which built a full works which was there until it closed in 1989. The site has been cleared and is now used to load logs. Nearby, Juken Nissho (Juken NZ) have a wood product plant, which had a siding in place until fairly recently, now out of use. Waingawa was also a passenger station for a time. 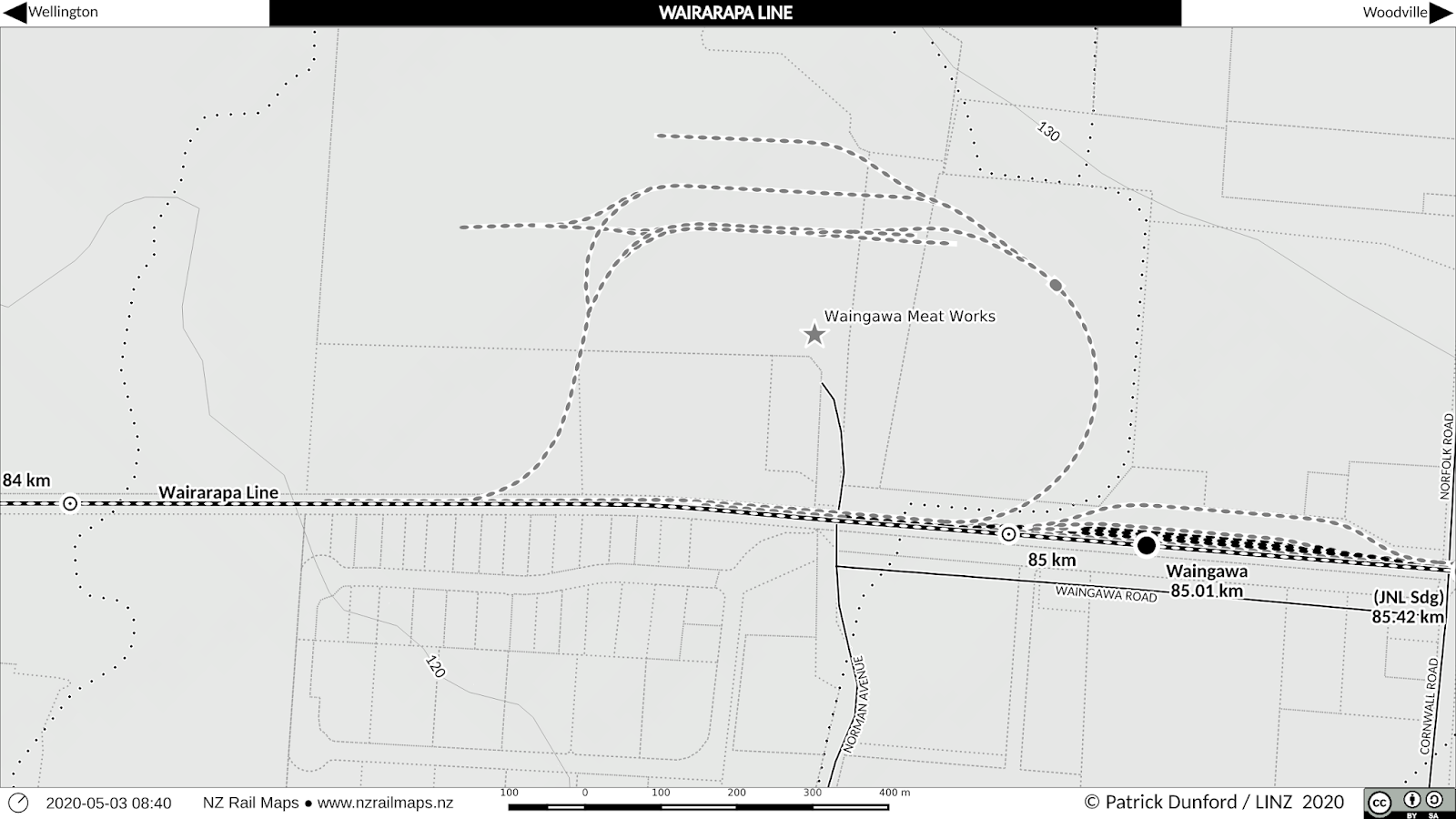 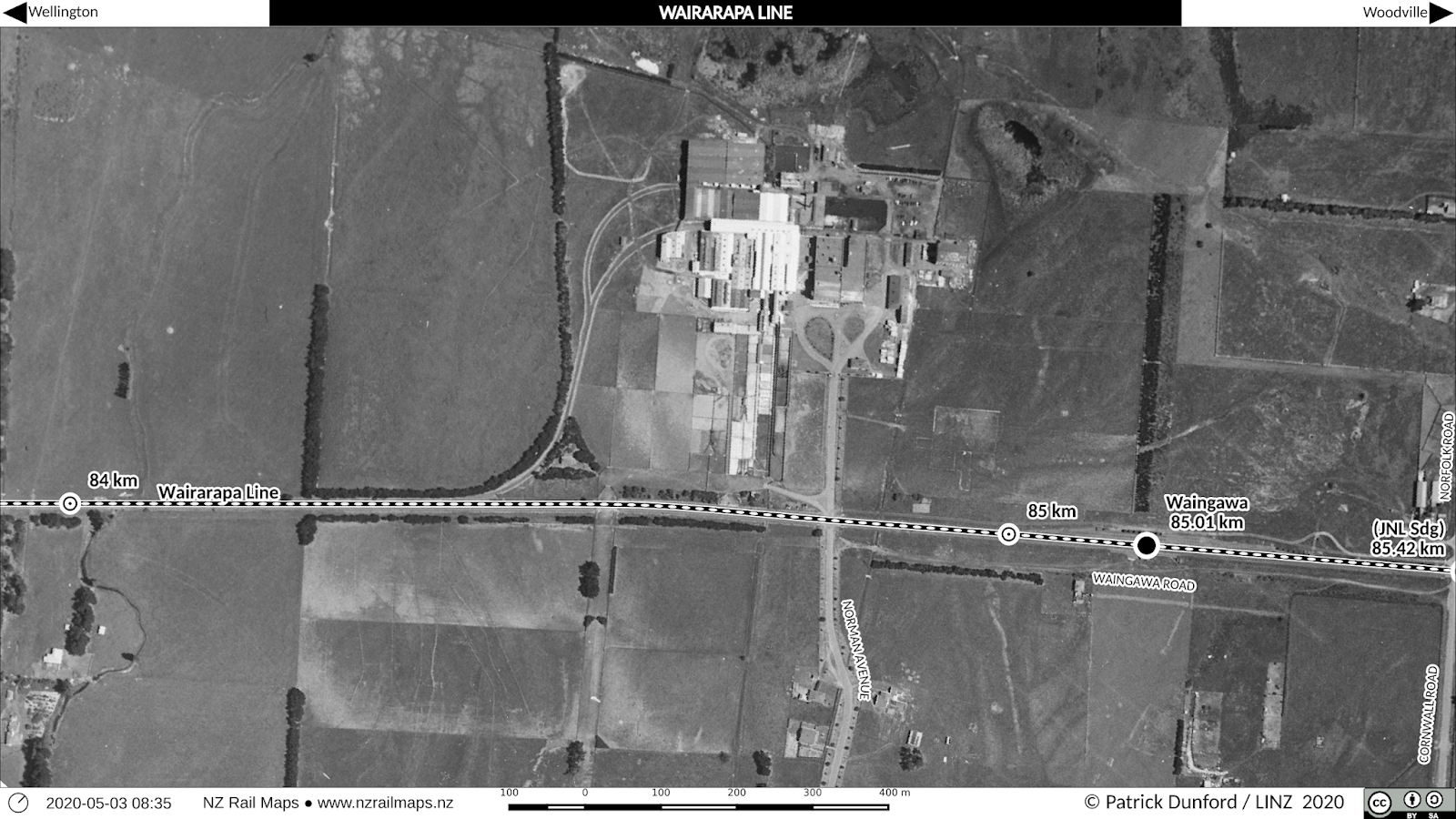 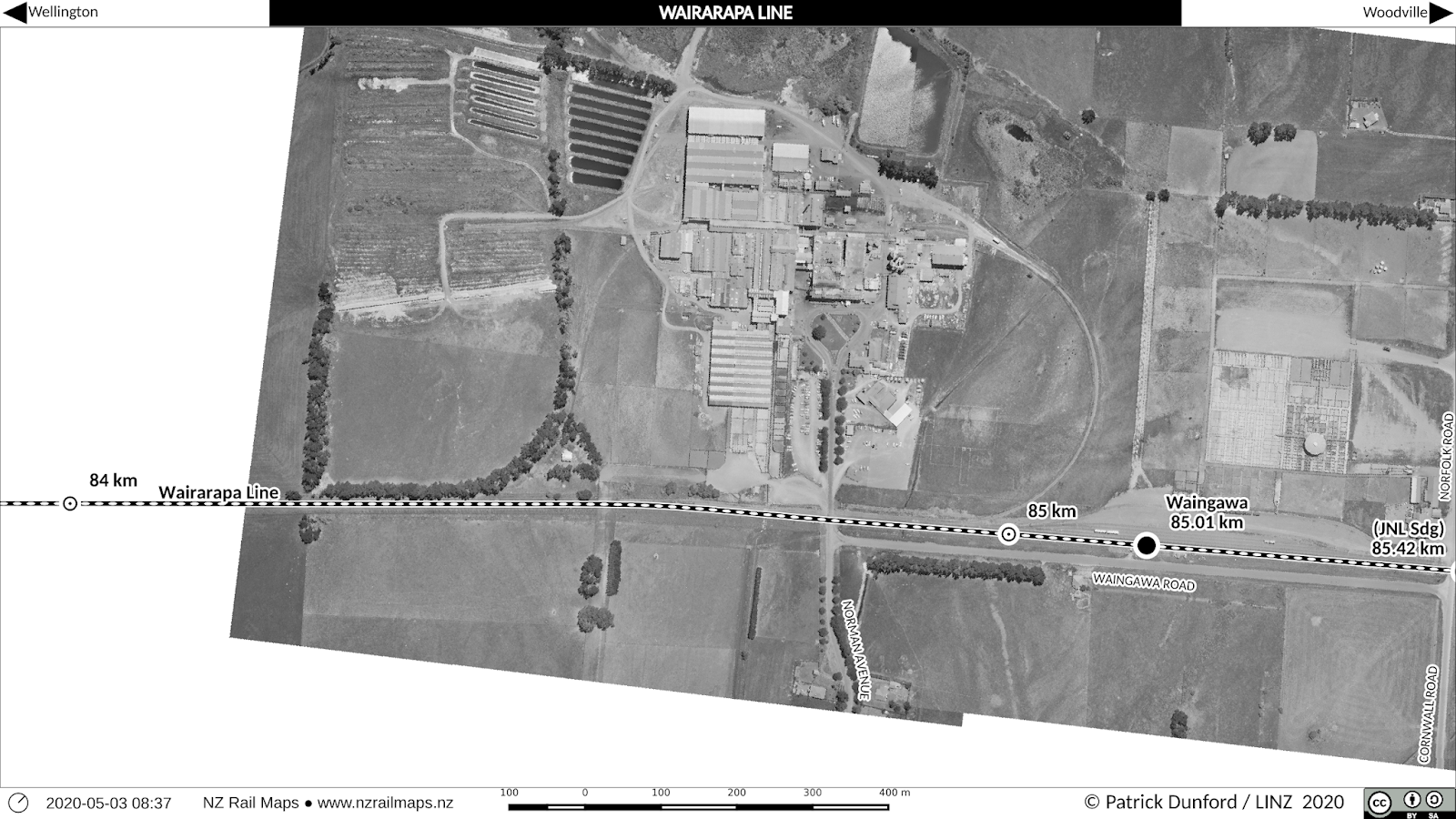 Here's the first half of the site, which contained the freezing works and the general station yard. Comparing it with the aerial photos shows that there were different track layouts into the works. The first historical aerial is from 1941, and the second from 1970. 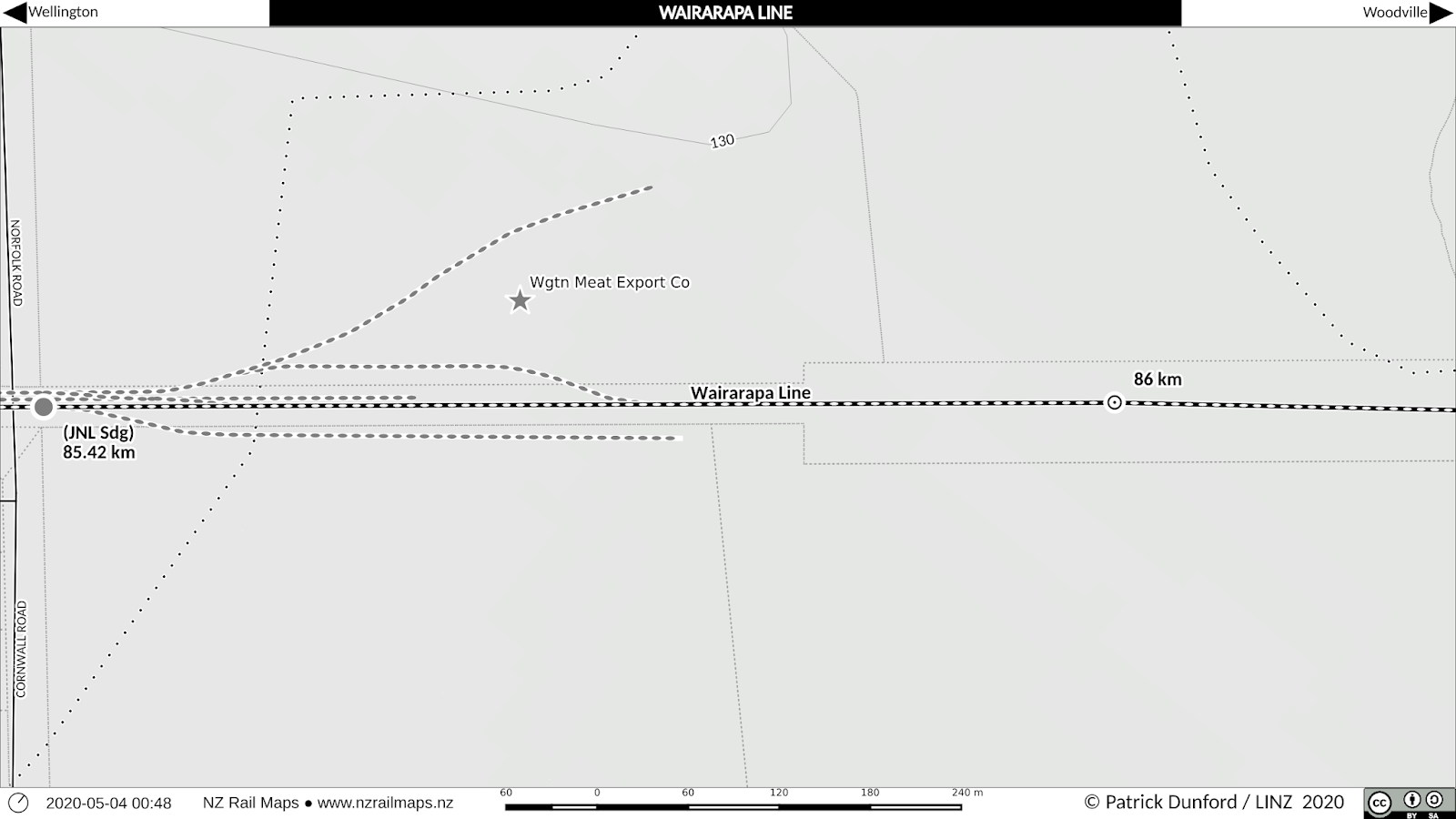 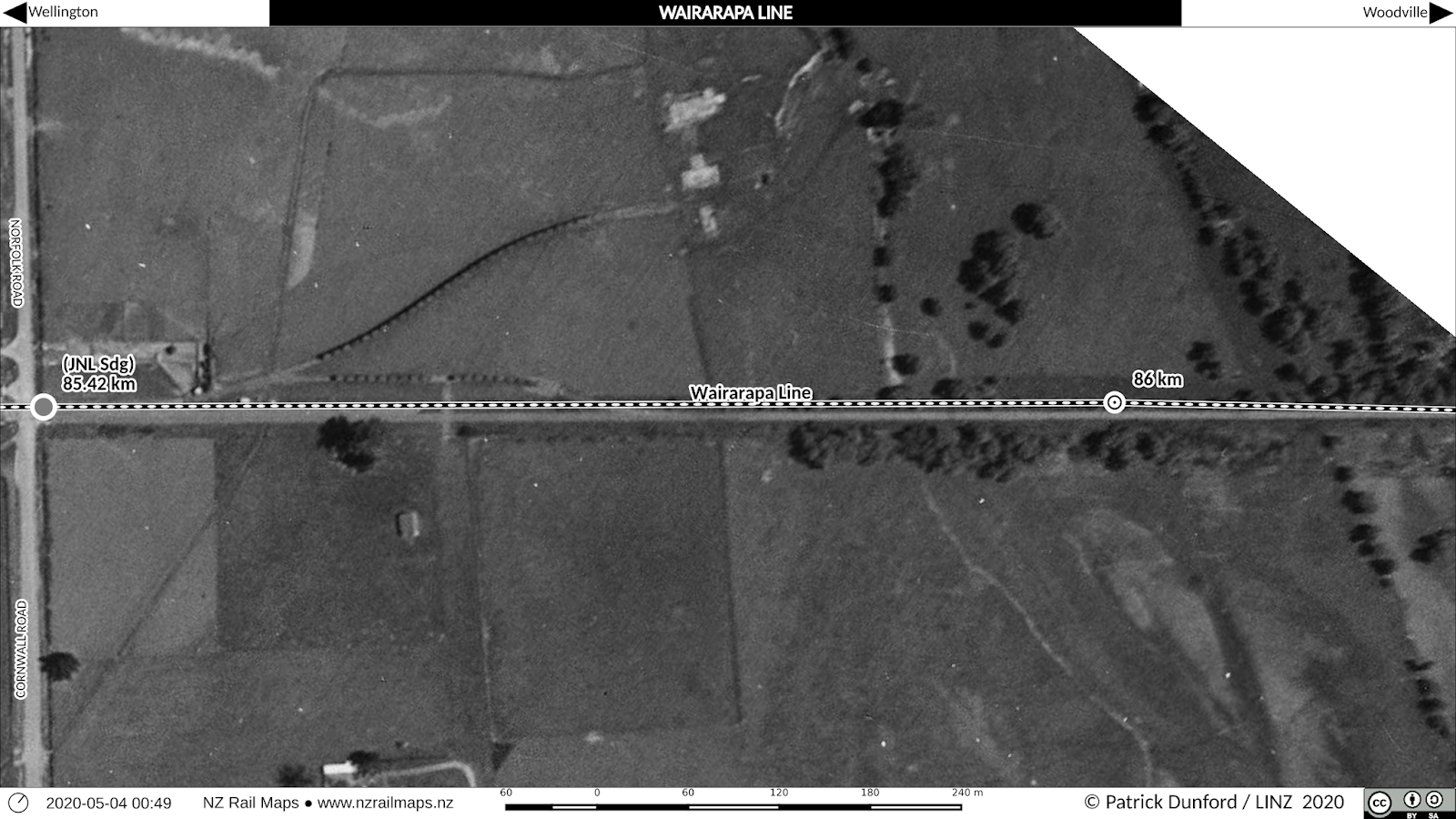 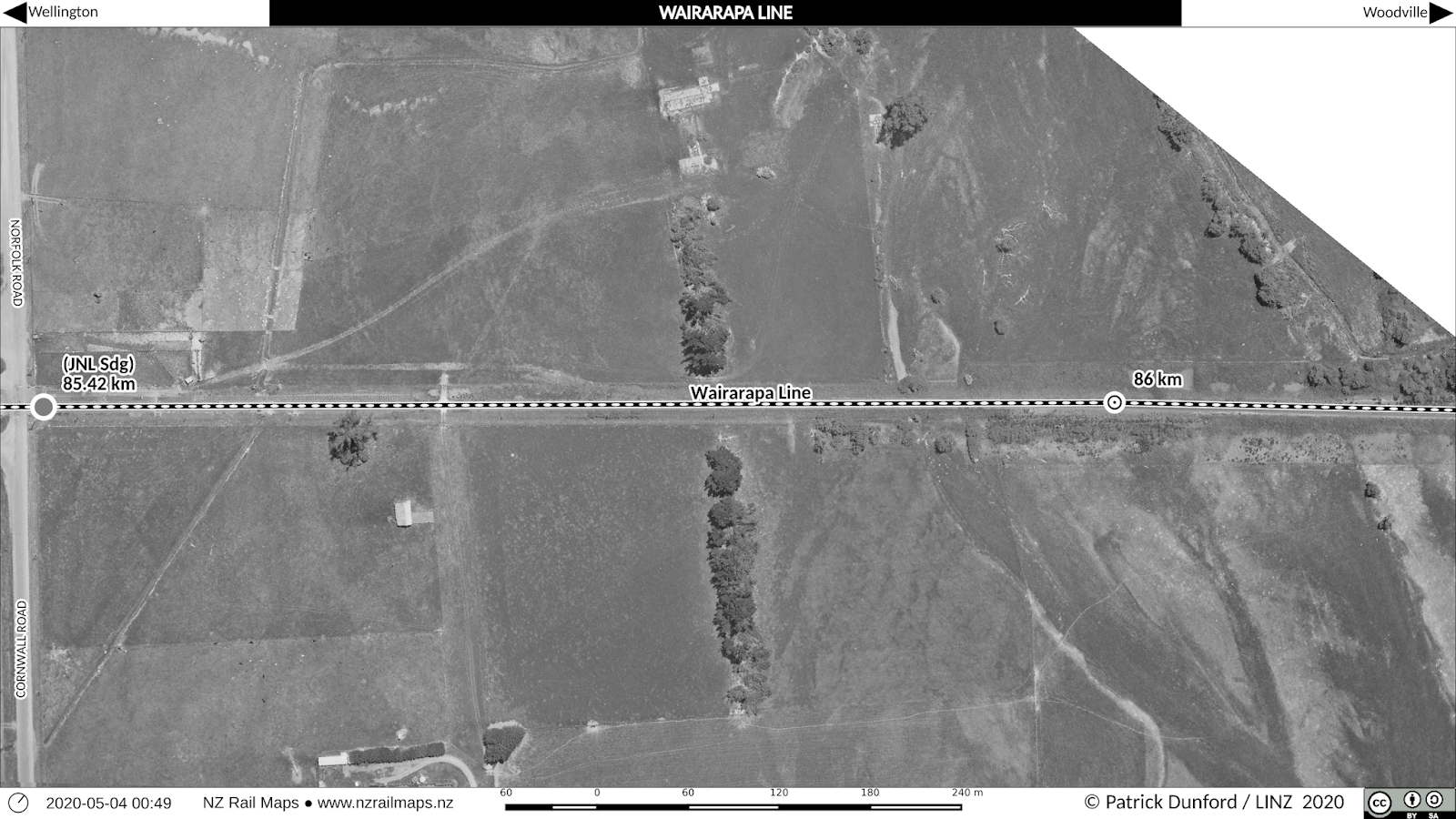 The other half of the site is a mix of historic and recent and is entirely made up of private sidings. On the north-west side you have the historical Wellington Meat Export Co's sidings. It can be seen that in 1941, these were being used, the wagons were probably stock wagons. In 1970, the track was still in the ground but had that definite disused look about it. In the present era, this has been put back into production as forestry. On the south-east side you have Juken Nissho's (now Juken New Zealand's) wood processing plant, which has been established for a number of years. The siding there was still in use at the time our contemporary aerial photos were taken, but has since been taken out of operation.
Posted by NZ Rail Maps at 01:33